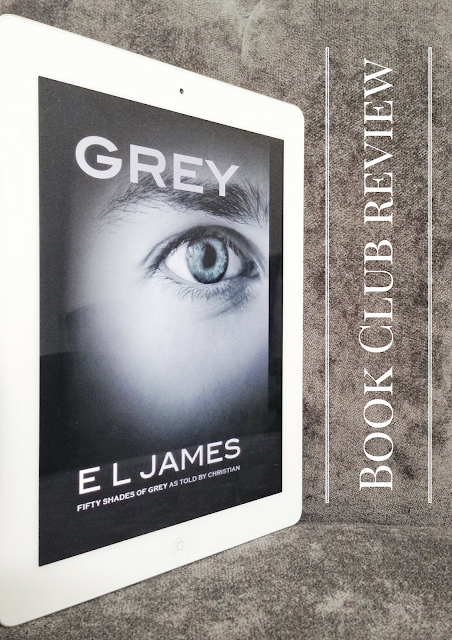 Full disclosure, I’m a huge fan of the Fifty Shades of Grey trilogy. I have caught myself using “oh my!” and “we aim to please” quite often in my daily jargon. So when the news broke of Grey hitting book stands and Kindles everywhere, I was ecstatic.

Let me get right to it, because let’s face it, Christian Grey wouldn’t have it any other way.

The book was downright awful.

E.L. James managed to turn a mysterious, powerful, handsome, rich man into a boring below-average Joe. Now I know what you’re thinking, is that possible given the way she portrayed him in the earlier installments? The answer is yes.

There are several examples I felt supported this perfectly.

One in particular was sprinkled throughout the entire book. Christian keeps telling himself to “Get a grip.” He is also constantly speaking about his penis in the third person and every time he uses the word “baby,” I picture him matching it with a goofy hand gesture.

Gone is the cool, calm and collected Mr. Grey.  What’s left is a dull version of his former self where he only thinks of sex and making sure Ana is well nourished in order to perform.

‘I ask, “Are you hungry?”
“Not for food,” she teases.
Whoa.
She might as well be addressing my groin.’

I rolled my eyes hard at this one, no pun intended.

“I strip off all my clothes and from a drawer pull out my favorite jeans. My DJ’s. Dom Jeans.”

My problem with this book isn’t the fact that it’s almost a complete regurgitation of the original, or the fact that I had to re-read the contract verbatim when it has already been published. The real problem here is that as far as I’m concerned, the author took a romantic, sensitive and troubled man and turned him into an abusive asshole.

Now, onto the the bread and butter, the sex scenes. You already know the dirty details. They’re the exact same ones as the original story, only this time around, it sounds like a rape scene from an abusive protagonist starring in a Lifetime movie.

“I hold her down so she can’t move, and I start to fuck her, consuming her.”

“There are three stripes across her backside. I make it four. – There’s no one to hear you baby.”

I can’t even go on.  It’s torture. I’m embarrassed for E.L. James who’s only goal writing this mess was to ride the fame wave of her first three novels without putting much thought into the consequences. I sincerely hope after having to endure the wrath of the Twitter Q&A participants; she and her PR team dreamed up, she decides not to continue this charade.

When the tweets ripping your novel apart are more entertaining than the novel itself, it’s time to hang up the suede flogger for good.

Take a quick look at the hysterical tweets she was getting this week. Find the rest at #AskELJames.