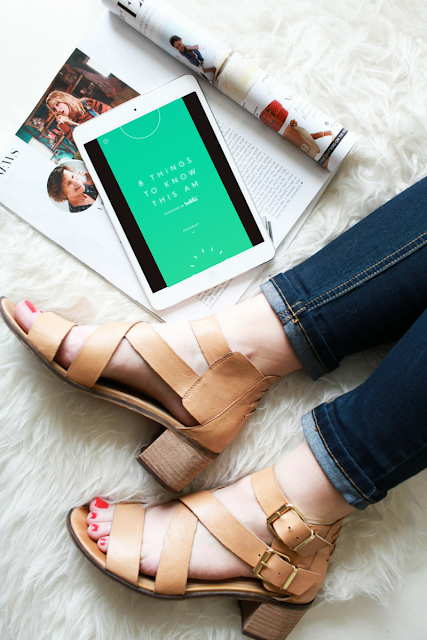 Do you sit in front of the TV watching the news for hours? The 5 o’clock, the 11 o’clock, the morning shows? Or are you like me where you have too many commitments already waiting for you on your DVR?

I don’t have time to watch news programs every day and with so much going on in the world at once, how are we supposed to know it all? Thanks to micro news sites and apps, we are able to digest the top trending news stories on a daily basis without having to research, watch or read endless news pieces just to get the gist.

These are the steps I take every morning to get my news fix so that I don’t have to resort to reading the “V” edition of the encyclopedia and just nod along with my “Friends” even though I’m not really sure what they’re talking about.


First, I check my various newsfeeds; I begin with Facebook where I feel like the creative side of my brain feels more satisfied as it’s a bit more visual than Twitter. I peruse and check the major headlines and click on articles I may need more information on and read through. After Facebook is tackled, I click over to my Twitter feed where I’ll check what’s trending and look through interesting hashtags do discover what others are saying on a specific topic. This can also be done on Facebook via the comments section and their own hashtag feature, however on a much smaller scale. Twitter is worldwide, which makes me feel like I’m part of something much larger. 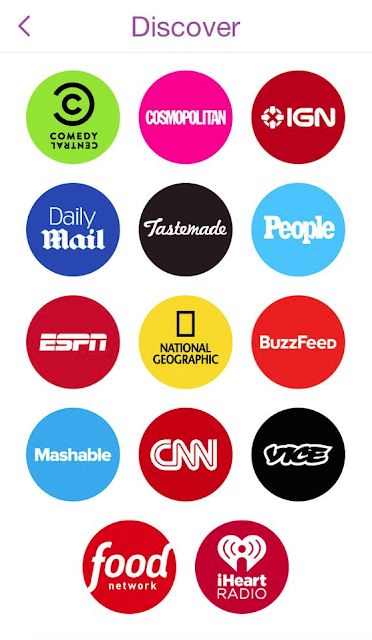 Believe it or not, Snapchat is much more than just sharing the mundane and exciting uncensored parts of life with friends or whatever else others choose to do with it… (Wink.) It’s a newsroom mecca for virtually anything you may be interested in reading about or watching, as the platform is huge on video. Have you ever checked out the ‘Discover’ section?

That’s where brands like CNN, Food Network, Cosmopolitan, Refinery29, Buzzfeed, ESPN, People, Daily Mail and Mashable just to name a few, have been making information a bit more fun to consume. Gifs, news articles, videos, games, and much more can have you stuck on the platform for some time. It makes my almost one hour train commute so much faster! Three brands I’m waiting to get on are my go to’s for Spanish news and trends: Univisión, Telemundo and Latina Mag. I’m looking at you.

Skimming every day does the body good. By this time I’m riding the always crowded NYC Subway. I make sure that when I have cell reception, I download the email that the kind folks at The Skimm insist on sending me first thing in the morning. This way I have it ready to go by the time my trusty device displays the oh-so-dreaded ‘no service’ warning on the top left hand corner of the screen. In my five to seven minute ride to my final destination albeit no train traffic (ugh); The Skimm tells me what’s up and what happened while I was too busy watching my Wendy Williams rerun the night before or even asleep. Somehow, whoever is running the joint seems to know everything and of course reports it via sarcastic innuendos and cleverly devised pop culture references that I’m a total sucker for. So get on it and subscribe here.

Thanks to a targeted sponsored Facebook post on Refinery29’s part, I was able to discover the Snapchat-like interface app, This AM. This form of news consumption is more niche than The Skimm, it talks about eight major news stories that Refinery29 readers will be most interested in each morning. In other words, it’s more targeted to a fashionably inclined female Millennial demo. The preface as stated as soon as the app is opened is: “8 Things to Know this AM”. As you scroll down they begin the count-up from one to eight. You have the choice to scroll through super quickly and simply read the headlines if you only have a few seconds or dive in deeper and click on the stories that most interest you. Today’s headlines are:

Two. “Terror suspect Mohamed Abrini admitted to being the “man in the hat” caught on surveillance at the Brussels airport.”

Three. “A new NASA study revealed that climate change is affecting the way the Earth spins on its polar axis.

Four. “Starbucks apologized to a Florida man who received a coffee that had the words ‘Diabetes here I come written on it.”

Five. “Fans are debating whether part of Victoria Beckham’s thigh is missing gin a photo from Vogue China.”

Six. “Kate Middleton joined a charity cricket match while in India, and dominated – all while wearing wedge heels.”

Seven. “Drake revealed that his new album, Views From the 6, will be released on April 29.”

Eight. “From Cara to Kendall, basically everyone wore black on the MTV Movie Awards red carpet.”

If you fit the description, head over to the app store and give it a download, it’s all you ever wanted in quick micro news all-in-one app.

Please share in the comments any apps/sites you love to keep up with news, current events or a special niche.