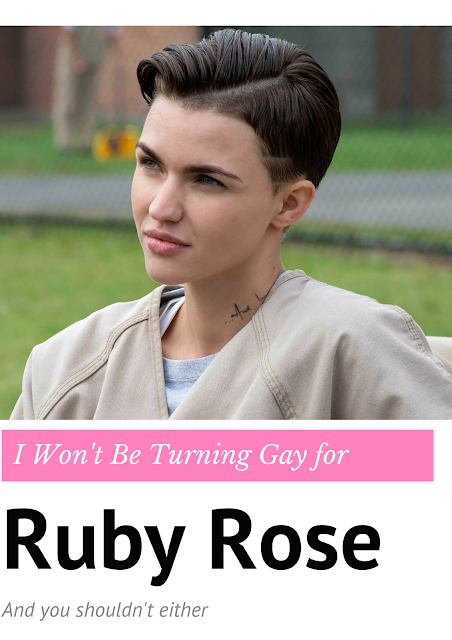 Update (April 2016): Ruby Rose has since broken off her engagement.

We’ve all witnessed the stunning phenomenon that is Ruby Rose. The openly gay, engaged to be married, model, disc jockey and actress. She’s the fresh new face on the scene since the premier of Season 3 of Orange is the New Black just a few weeks ago. Before the season began, the world was a bit calmer and the Internet chirp was carrying on steadily.

Everyone damn near lost their minds over the Australian beauty. Everywhere you looked, she was there.  Women and men alike were engulfed by her unique look. At first I enjoyed following the chaos until what seemed like the majority of straight women around the world were vowing they would actually “turn gay” for Ruby Rose. 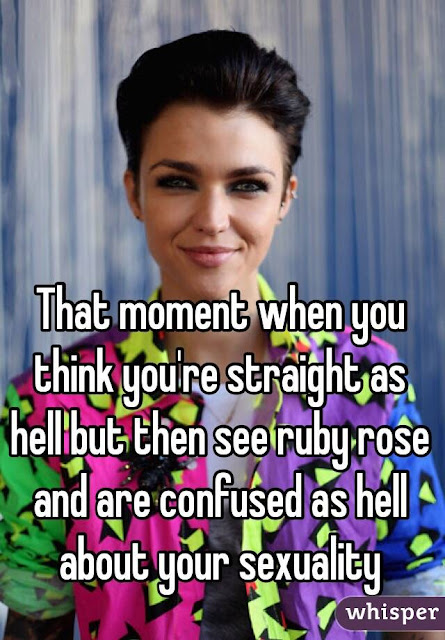 I’m straight. And I don’t care how smoking hot a girl is, there is no way I would ever turn gay for her. I’m quite positive I wouldn’t be able to even if I tried, since like I said, I’m straight. I don’t think most straight women actually understand what that means as they participate in the latest viral craze.

You girls are aware, that being gay pretty much comes with the same responsibilities and expectations as a straight relationship brings, right? There’s romance, and sex, bringing her home to your parents and everything in between.  Also, the most important part, you actually have to be gay. With that said, will you really turn gay for Ruby Rose? 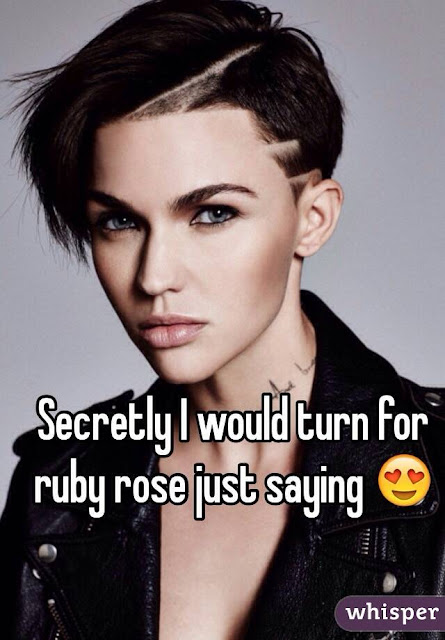 I get that this whole social media chatter is mostly a joke in the minds of participants. And that most of these girls posting memes and salivating at the mouth for the new shiny toy on the block aren’t actually serious. But how far is too far when joking about something that is a real life issue in the lives of so many individuals every day?

When faced with a social dilemma such as this, naturally, I turned to Twitter.  I was convinced the LGBT community couldn’t be happy about all these straight girls acting as though being gay is a choice. I found quite a few that satisfied my suspicions and agree with the reactions. These are the type of tweets I was coming across from both ends of the sexuality spectrum.

Last week the conversation took an unexpected turn when the Supreme Court ruled in favor of same-sex marriage nationwide. Obviously this is huge! And I’m very proud of our country for making this extraordinary decision in support of equality.  However, the conversation switched back to Ruby Rose. This time, it seems the Twitterverse was unhappy with women speaking out of both sides of their mouths; from “turning gay for Ruby Rose” to not supporting gay rights.

Of course all this has catapulted Rose from virtually unknown to A-List overnight. As I was binge-watching OITNB the weekend it was released, I checked out Ruby’s Instagram, and I remember it being at a couple of hundred thousand followers. Checking back just days later, she was already posting a ‘Thank You’ image to her followers after hitting the one million mark.

Thanks to the Internet and social media, it seems Rose is here to stay and we’ll be seeing a lot more of her. I’m sure the likes of Maybelline and Covergirl are already coveting her. It won’t be long before she’s the new face of the hottest designer brand and sitting front row at NYFW next to Kimye come September.

Welcome to mainstream chaos Ruby Rose, one second you’re loved and the next you’re on the same level as the Kardashian Klan. In this industry you can go from hot to corny in one tweet flat. Hope you’re ready.

And what does she have to say about all this?

Me too RR. #lovewins